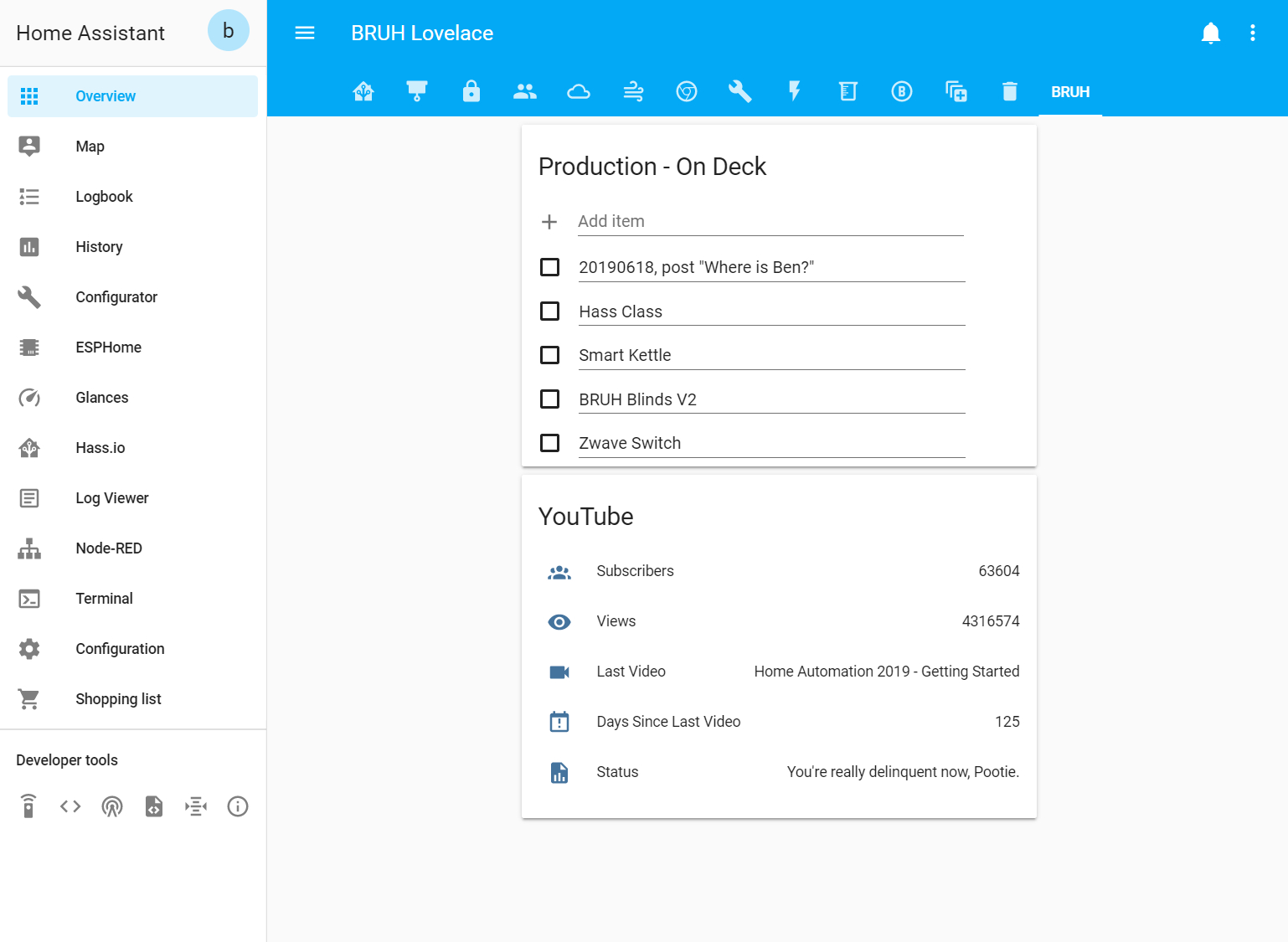 Uh, yo. Ben here and it’s been 125 days since I posted my last video. 😓 That’s not a number I’m happy with. I live with a perpetual cringe because I have unable to release content regularly for like the past two years.

Here is my formal apology for not releasing videos at a reasonable pace. I would apologize for moving at a glacial pace, but they’re probably moving/melting faster than me at this point because of #climatechange and all of that.

I promise this thing is going to get off the ground soon. Please and thank you don’t give up on me yet!

For those that are interested, the rest of this is kind of like a self-administered FAQ on I’ve been up to, what I’m planning, and why I think you should let me be your smart home tour guide.

“Ben, do you even know what you are doing?”

Usually not. I have been playing with home automation stuff for most of my life, though. Here’s my quick CV.

Legit, eh? (sarcasm) I’ve done enough to qualify as a tinkerer, but I basically have zero formal training. The bad part of that is that some things take me forever. Like recently, coding this webpage (Jekyll/Github Pages/Netlify) and setting up the BRUH Community (Discourse, Digital Ocean). Boi oh, it was not fast, and that’s not including the boondoggle I had with Wix and WordPress before that.

The good part of my limited training is that I feel 100% qualified to represent ordinary people as I work to understand and leverage technology to make my home better. You should know, if I can do this, you can, too.

“So what have you been doing?!”

Projects I’ve worked on this year:

So, where are those videos?

It’s coming! I did film some of that list and plan to cover those topics in future videos.

But Ben, why are you moving so freaking slow?

There is one-fact-to-rule-them-all when it comes to home automation - you get one shot to “justify” a smart home device to somebody. In the first 10 minutes of use, a person will decide if said device is worth it or not, and a single failure can result in a person never using that device again.

“How many times will you accept being locked out of your house before you jettison that “smart” lock into low earth orbit?”

I want to show people that smart home technology is for everyone - it is accessible, affordable, reliable, and safe.

The issue is that a lot of the projects I’ve worked on haven’t been those things. But that is changing now, and so much of what I’ve been working with is ready for most people to pick up and enjoy. If you’re new here, I hope you’ll be pleasantly surprised by how accessible and capable home automation can be.

I’m not trying to make BRUH Automation another HackADay or CNET website centered around pseudo-complete tutorials or rehashed tech news. Instead, I want to build a platform that focuses on user experience, ease-of-use, and practicality first.

Does that mean you aren’t doing tutorials or reviews anymore?

No, those will still happen, but the core of BRUH Automation will center around integration and how devices are used by real people, in real homes, in real life.

What are your next videos?

Hopefully soon. My rate-limiting step (beyond my day job, family, and home commitments) was wrapping the blinds project. Now that I got the blinds covered (ha), I’m ready to plug through the list and hopefully not have more false starts.

Why do you ghost between videos?

While I try to be all jokes and sarcasm here, I do have a lot of ragerts because I promised to make content that I haven’t delivered on. I hide because I’m a wiener, but I’m trying to stop hiding and get going now. Hit me up, yo. 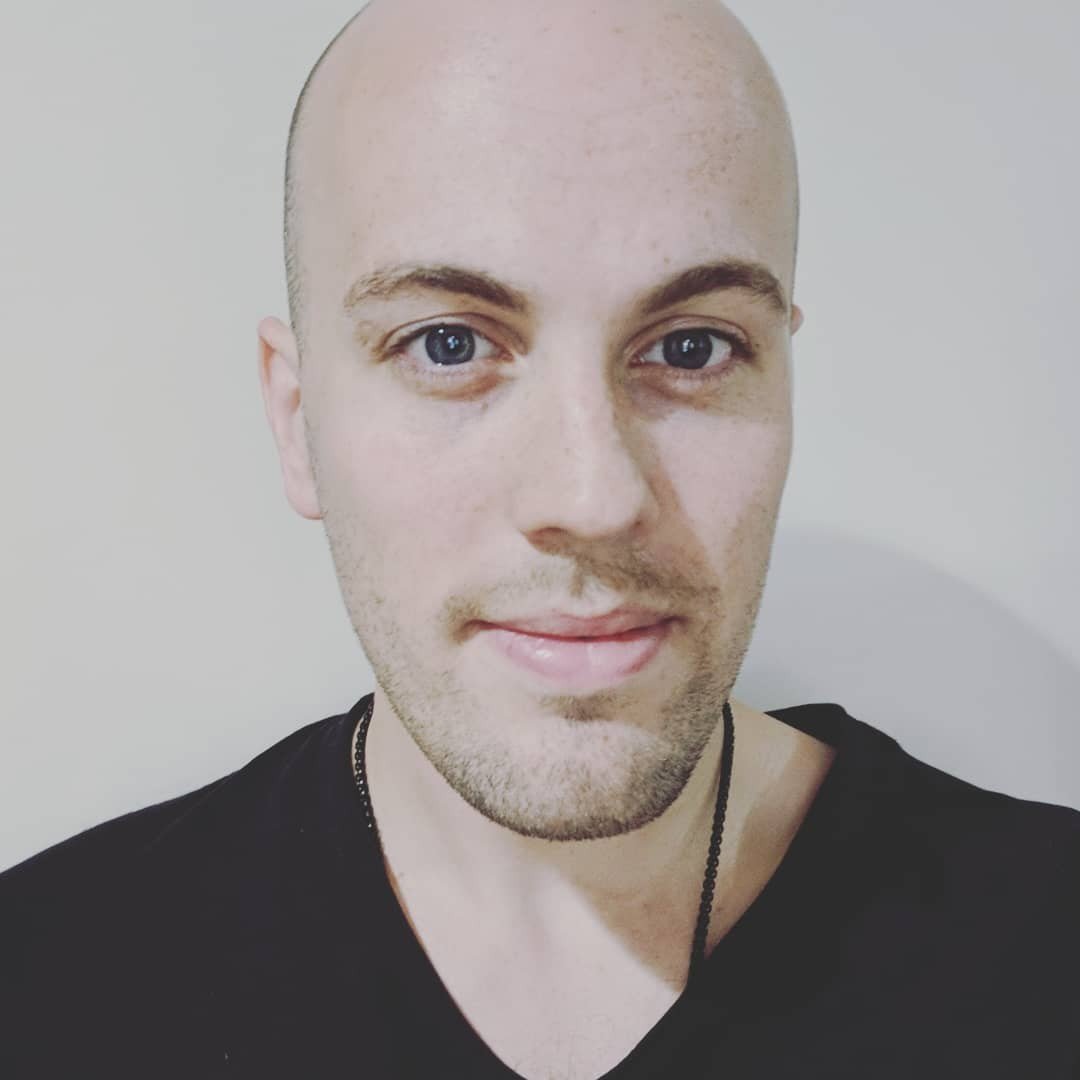 Dreams of a world where everybody has a smart home, a Great Dane, and every meal is pizza. 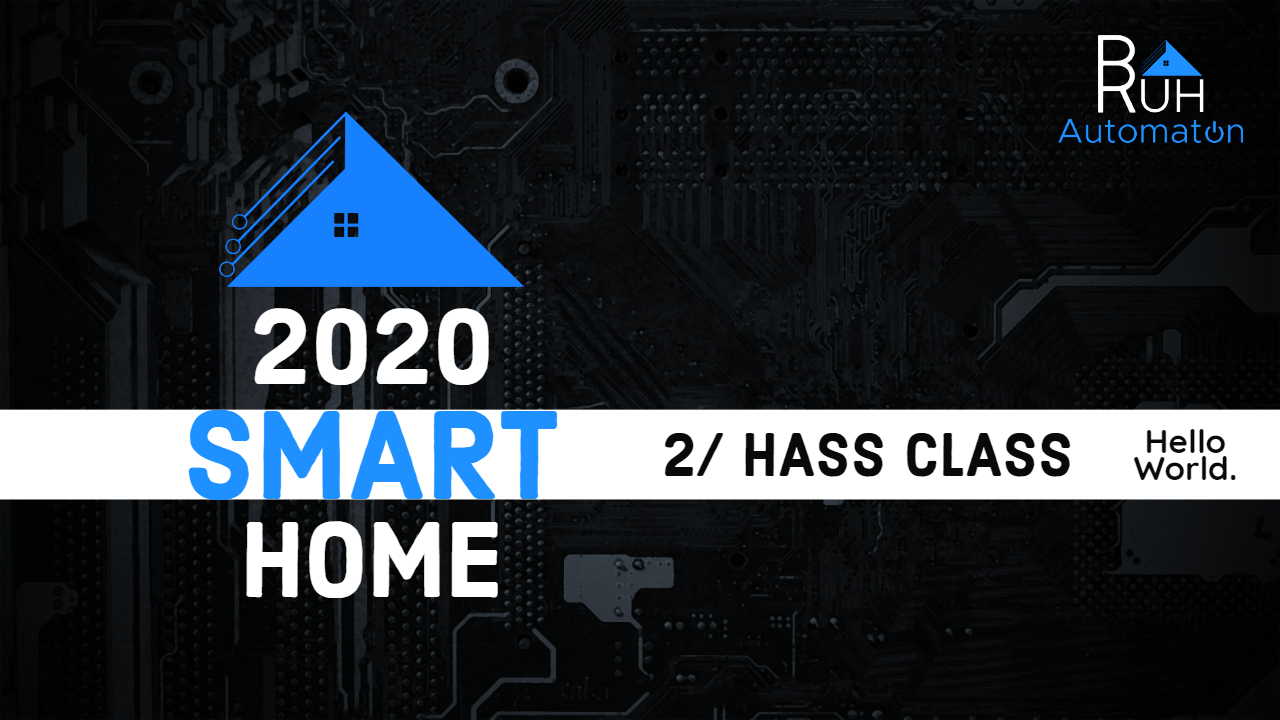 Home automation for everyone.